Fully installed Office applications
Word, Excel, PowerPoint, Outlook, Publisher, and OneNote on up to 5 PCs or Macs per user
Now includes the new Microsoft Office 2016 apps for your PC and Mac.

Office on tablets and phones for the fully installed Office experience on up to 5 tablets and 5 phones per use.

Online versions of Office including Word, Excel and PowerPoint

File storage and sharing with 1 TB storage per user

Business class email, calendar, and contacts with a 50 GB inbox per user

CONTACT US
All the features of Office 365 ProPlus and Office 365 Enterprise E1 plus security and compliance tools, such as legal hold, data loss prevention, and more.
Office applications included
Services included

CONTACT US
All the features of Office 365 ProPlus and Office 365 Enterprise E1 plus security and compliance tools, such as legal hold, data loss prevention, and more.
Office applications included
Services included

Microsoft Corporation is an American multinational technology corporation which produces computer software, consumer electronics, personal computers, and related services headquarted at the Microsoft Redmond campus located in Redmond, Washington, United States. Its best-known software products are the Windows line of operating systems, the Microsoft Office suite, and the Internet Explorer and Edge web browsers. Its flagship hardware products are the Xbox video game consoles and the Microsoft Surface lineup of touchscreen personal computers. Microsoft ranked No. 21 in the 2020 Fortune 500 rankings of the largest United States corporations by total revenue;[3] it was the world’s largest software maker by revenue as of 2016.[4] It is one of the Big Five American information technology companies, alongside Google, Amazon, Apple, and Meta. 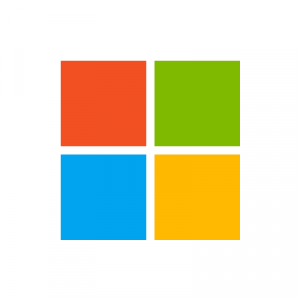 Interested to know we can help you to leverage on IT to improve your business productivity, scalability and profitability? CONTACT US NOW!